The largest casino in Europe will be in Limassol

Cyprus and the consortium Melco International Development have signed an agreement to create the largest casino in Europe in Limassol. In the first quarter of 2018, it is planned to open four small gambling halls in the cities of Cyprus and one temporary in Limassol. Finish the construction of the project is planned in 2020, which will attract an additional 300,000 tourists a year.

Participants of the agreement: Christ Mavrelis (president of the organization that controls the entire gambling business in the Republic of Cyprus) and Andi Choi (representative of the Melco International Development consortium). The peculiarity of the project is that it will be the first casino hotels in Europe.

The license granted to the consortium will allow him to manage the gambling business in the Republic of Cyprus for 30 years (but only for the first 15 years he will have monopoly rights). According to Haris Georgiadis (Minister of Finance of Cyprus), the treasury of the Republic will receive about 100,000,000 euros annually (fees and taxes).

It should be recalled that earlier the previous government of Cyprus was against such projects, justifying it by the fact that some citizens of the Republic can lose significant funds, as a result of which their families will suffer. But the current financial situation and the new government took a different course.

Prime Minister Nikos Anastasiadis argues the government’s decision that gambling with the right approach can bring significant investments to the country. 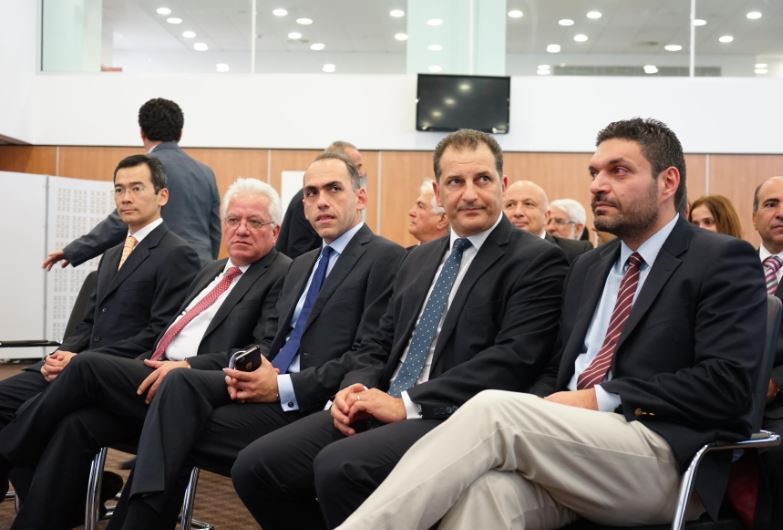 In the photo – four ministers of the Republic of Cyprus during the ceremony of signing an agreement on the establishment of a casino in Cyprus.

Conditions for obtaining a permanent residence permit in Cyprus

Installment plan for the purchase of real estate.

The company – “CYPRUS FOR INVESTMENTS LTD” – offers its clients an interest-free installment plan for the purchase of new property in Cyprus: Installment term – up to 24 months; The first installment is only – 40%; Early repayment is welcome; Security and fixing of payments – only bank transfer according to the details of […]

Bitcoins in exchange for real estate in Cyprus

In 2021, the population of our planet has adapted to the pandemic, which brought inconvenience and innovation to our lives! Each state suffers losses in the economy and falling GDP. But there are also pluses, one of which is the development of digital currency! Several developers in Cyprus (our friends and partners) have developed a […]

Dear clients, in this topic we would like to briefly describe the activities of our company, as well as indicate 5 reasons why you should contact a real estate agency when selecting real estate! The agency’s commission is paid by the developer, the size of which, as a rule, is the same for everyone on […]

Cyprus No.5 in the world

The international health organization has identified a list of 10 countries in the world that were able to cope with the COVID – 19 virus better than others. We are proud to announce that the Government of Cyprus has adequately coped with the difficulties and has saved its population from a terrible disease! Also, a […]

Read more
Advice on the selection of real estate in Cyprus

write, we are online